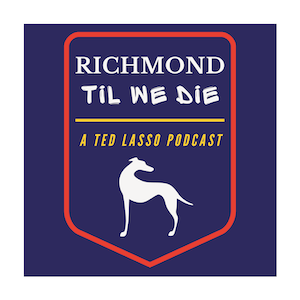 I’ve tried all of them, RTWD is the best

As an obsessed fan of TL, I’ve given at least a dozen podcasts a try, and RTWD is objectively, measurably, demonstrably the best. Too many people apparently just wanted to grab eyeballs and hitch their wagon to the TL train, without having anything really to contribute. But the hosts of RTWD bring both a perspective and personal expertise to their discussions. Where most of the fan pods spend their time reliving great moments in a clinical, blow-by-blow, chronological manner, RTWD takes you on a ride through the show’s EQ, backstories, connection to our lives, and hidden meanings behind jokes that sounded simple the first time we heard them.

July 22, 2021 by MileHighDevs on Apple Podcasts

Richmond Til We Die: A Ted Lasso Podcast